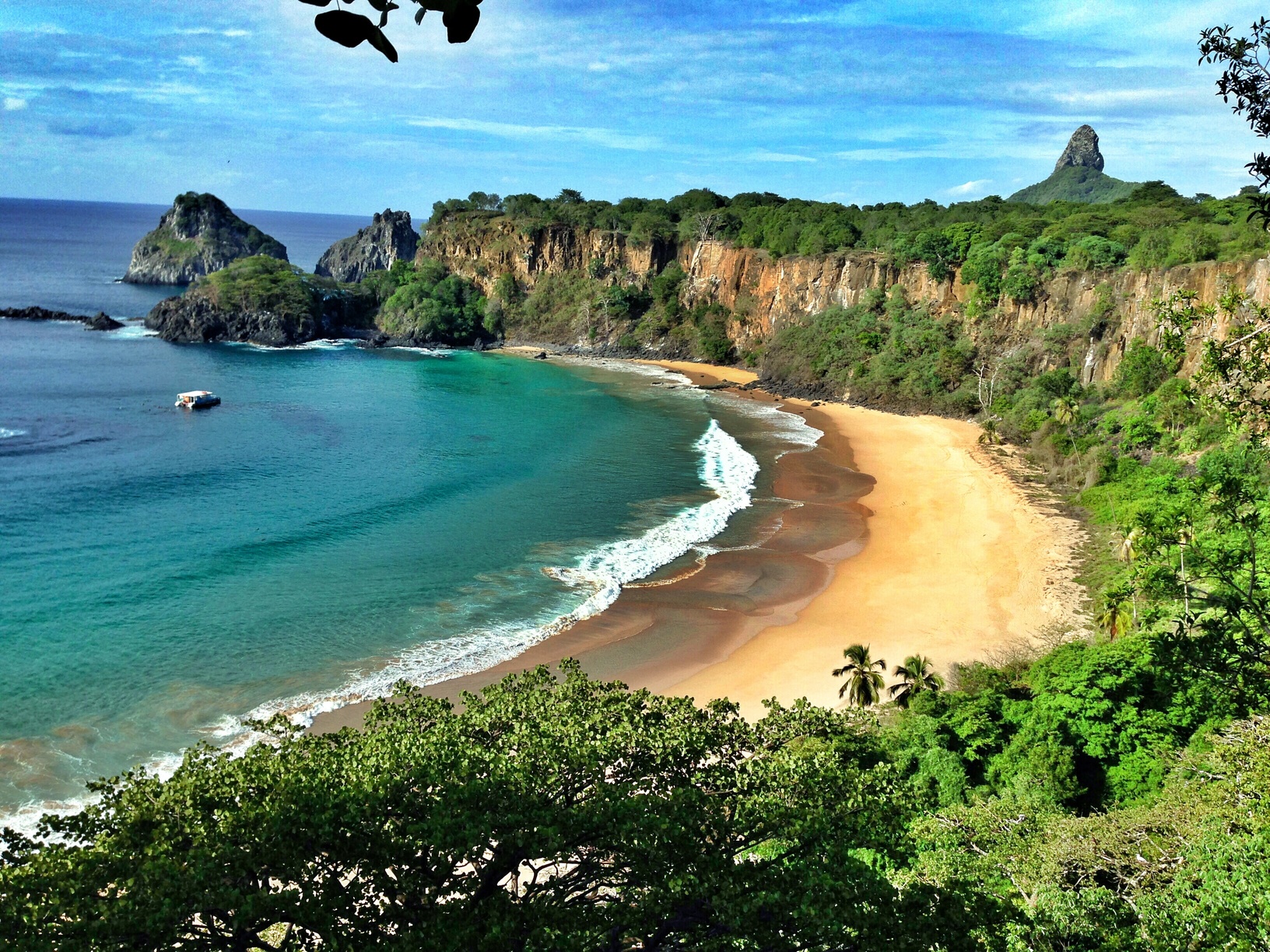 “Fernando do Noronha is an archipelago midway between Brazil and Africa. Tourism is very limited and the nature is pristine. The island is full of beautiful beaches and healthy marine life, but Praia do Sancho is my favorite. Not only is it a perfect crescent of stunning sand, but it is also reachable only by climbing down a rickety ladder—meaning it’s accessible only to the intrepid and never overrun with people.”

Nestled on the small island of Fernando de Noronha — about an hour off the coast of Brazil — the remote Praia do Sancho is consistently voted one of the world’s best beaches. But while its beauty is easy to appreciate, the beach itself is hard to reach. You have to hike, scoot down a dark narrow tunnel and descend steep stairs to finally reach this pristine beach. Since it’s located in a national park, you also have to pay to access it. The palm-fringed cliffside, golden sands and blindingly-blue waters are worth every penny and every bit of the adventure, though.

The nearest airport to the beach is Fernando de Noronha Airport. There are no direct flight to this airport from Canada but multiple connecting flights can be booked by travellers. Visitors can access the main island of Fernando de Noronha by air or sea from mainland Brazil. Direct domestic flights operate daily to Fernando de Noronha Airport from Rio de Janeiro (Santos Dumont Airport), Recife, Natal, São Paulo (Guarulhos Airport), Maceió, Aracaju, Belo Horizonte (Confins Airport) and Salvador da Bahia. Recife’s Guararapes International Airport and Natal’s São Gonçalo do Amarante Airport are both international airports serving North American and European flights. Fernando de Noronha has a small airport with transfers from the Brazilian mainland towns of Natal and Recife. Daily and weekly flights depart from Natal. Natal in Rio Grande do Norte is 350 kilometers (241 miles) from the island. There is one daily non-stop flight and one weekly flight from Natal to the island. From the airport you can take a taxi or a shuttle bus, which will transport you till the beach. Also, you can take cruises if you like to travel by sea. The cruises run from Natal and as well as from Recife and Fortaleza till Fernando de Noronha.